Then start the modified client. You should get a reply like this: Sat Sep 27 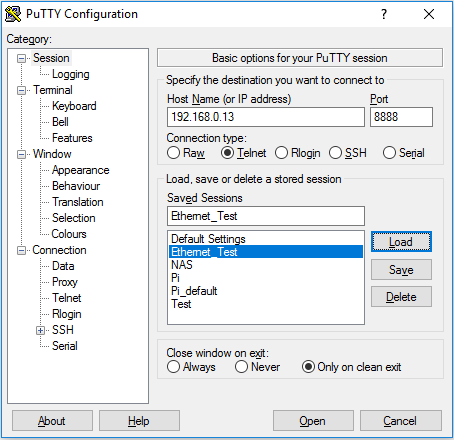 Download demo project - If you've never written a program that uses UDP, this is an ideal starting project. The server runs on a local computer, waiting for a datagram request from a remote computer asking for the server's current time.

The server then returns its current time to the client, which in turn displays it. The client sends a datagram to the server, which then processes the information and returns a response.

Depending on the command line parameters entered, the server will either try to get its own IP address, which is the preferred method of operation, or if that doesn't work, it can be specified manually. To automatically get the address of the server computer, the gethostname function is called, and then the function gethostbyname returns a pointer to a struct of type hostent.

If these strings match, then the server returns the time. Otherwise, the request is discarded as an invalid request. The time is sent back to the client using the sendto function. The client program The client program is a simple UDP client that sends a request to the server to get the current time and receives the time back.

C++ program to implement circular queue using array. If you ask me I will write 3 methods or one method with three modes – Enqueue Soft – Just tries to add element, fails if the queue is full (Client-Server Program using UDP/IP) Java program for Uniform Resource Locator (URL).

Example of Client-Server Program in C (Using Sockets and TCP) Below you’ll find an example of a very simple client-server program in C. Basically the client connects to the server, the server sends the message “Hello World”, and the client prints the received message. Here, we test the UDP server and the client using the same machine.

Make sure there is no restriction such as permission etc. for the user that run the programs. To make it really real, may be you can test these programs by running receiverprog on some machine, and then run senderprog on another.